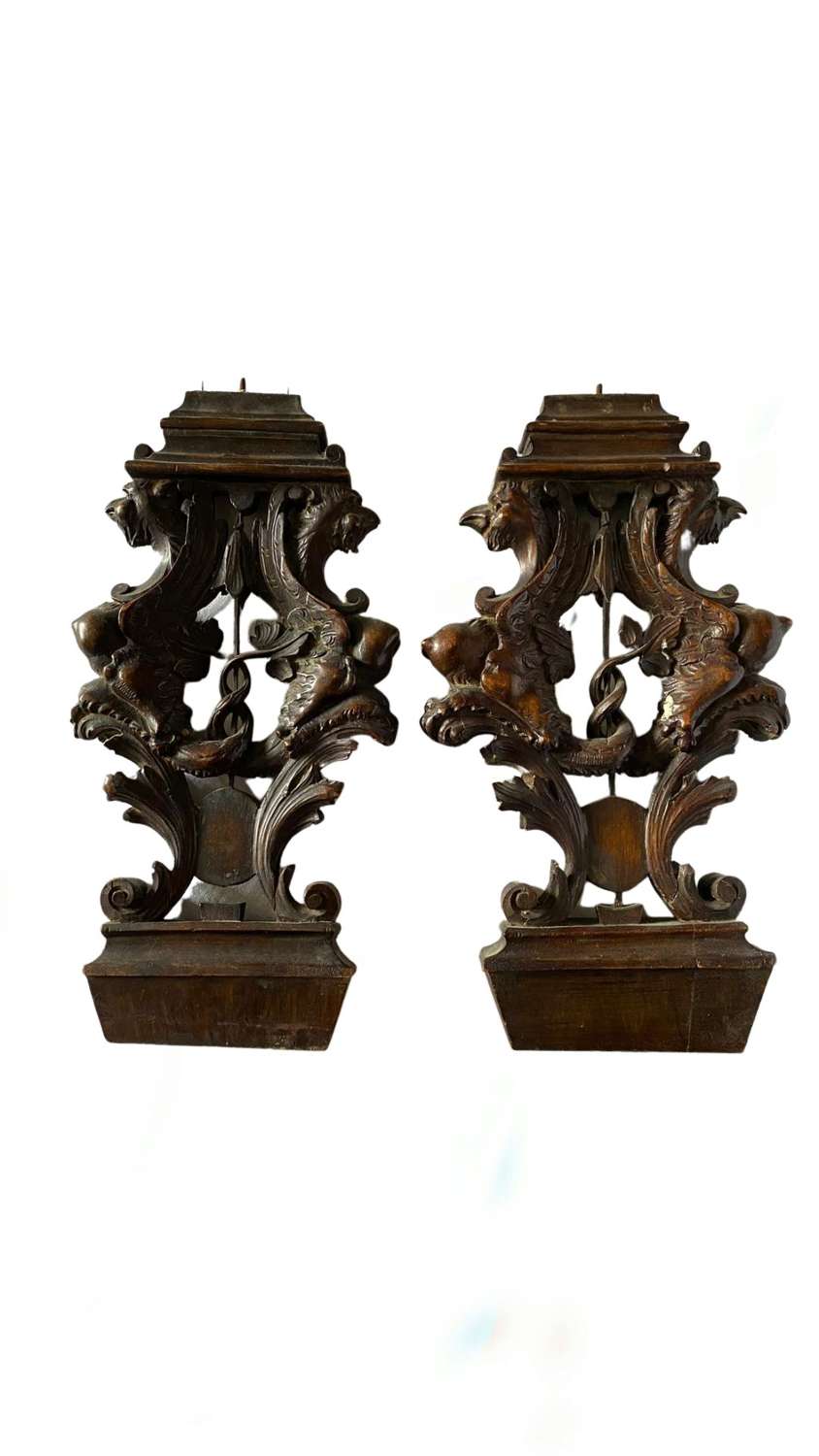 A pair of exceptional, late-16th century, Venetian, walnut, sgabello backstools. The crestings depict a grotesque masque supported by a pair of putti above cartouches which have lost their painted arms and Renaissance busts terminating in a profusion of scrollwork. The seats with gadroon carved friezes are supported by bases depicting a large grotesque mask with Renaissance busts either side over stylised feet.

The quality of these exhuberant backstools demonstrate why Italian Renaissance furniture was as highly prized as old-master paintings. They were associated with Venice and the design was disseminated throughout Europe in the late-16th century.