A fine pair of Henry Vian Louis XV style cage form chandeliers with the original gilt finish, electrified internally underneath a large central finial which in itself is also lit internally. The outswept arms also lit with electrified candles. The chandelier is hung with large tinted smokey cut plaques and clear glass plaques of varying styles from the 18th century. Stamped to the central hanging loop by the renowned maker, Henry Vian.

Henri Vian (1860-1905) was a celebrated Parisian bronzier, specialising in the production of bronzes in the eighteenth century style and interior ornamentations of great quality. His output was concerned principally with the production of light-fittings but also included other bronze items. Such was the quality of his work that his casting and gilding can often be mistaken for earlier eighteenth century works of art.

His wife and son ran the business after his death in 1905 until 1944, when the city of Paris took over the premises for the l'Ecole des Métiers d'Art. 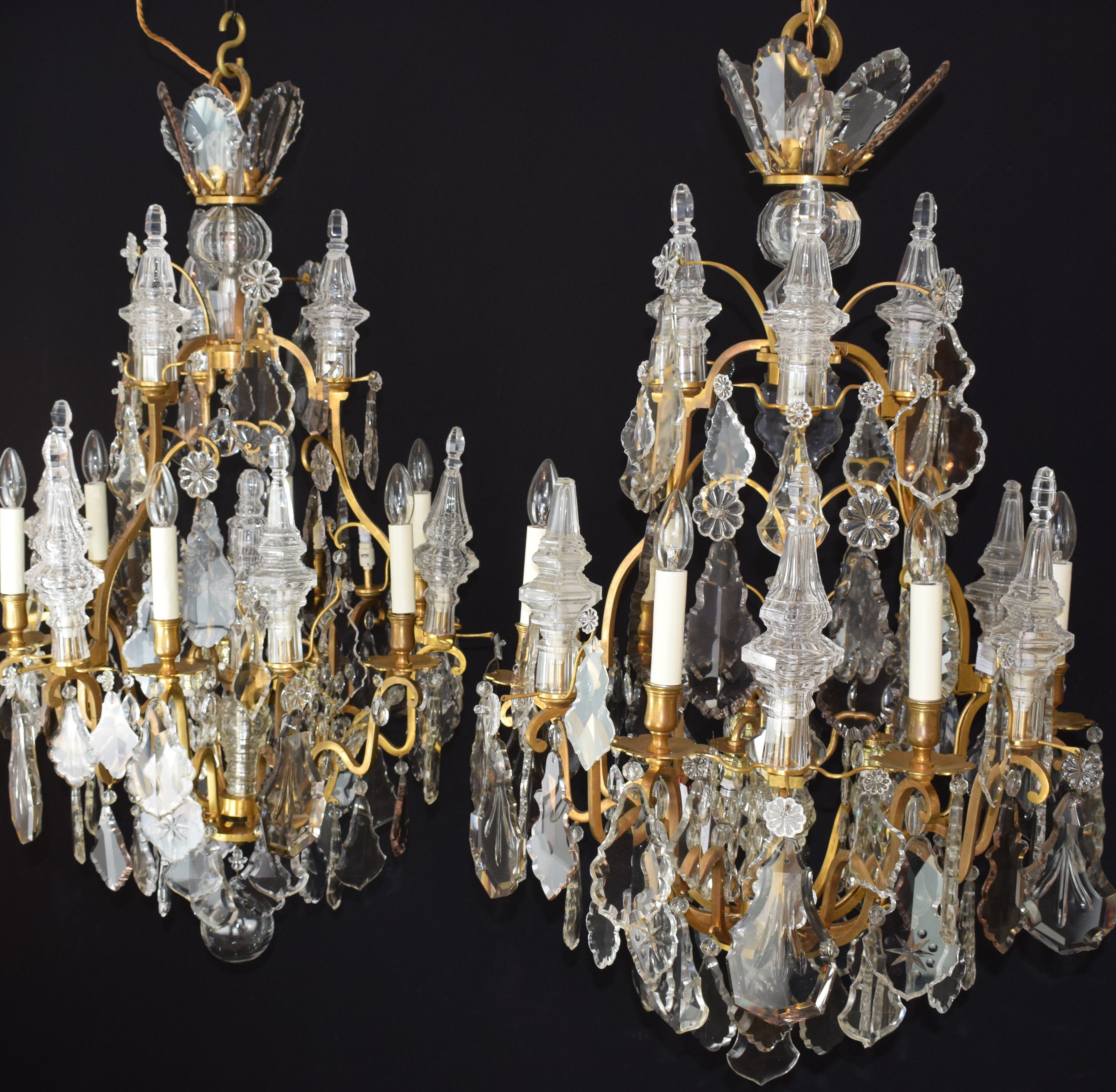 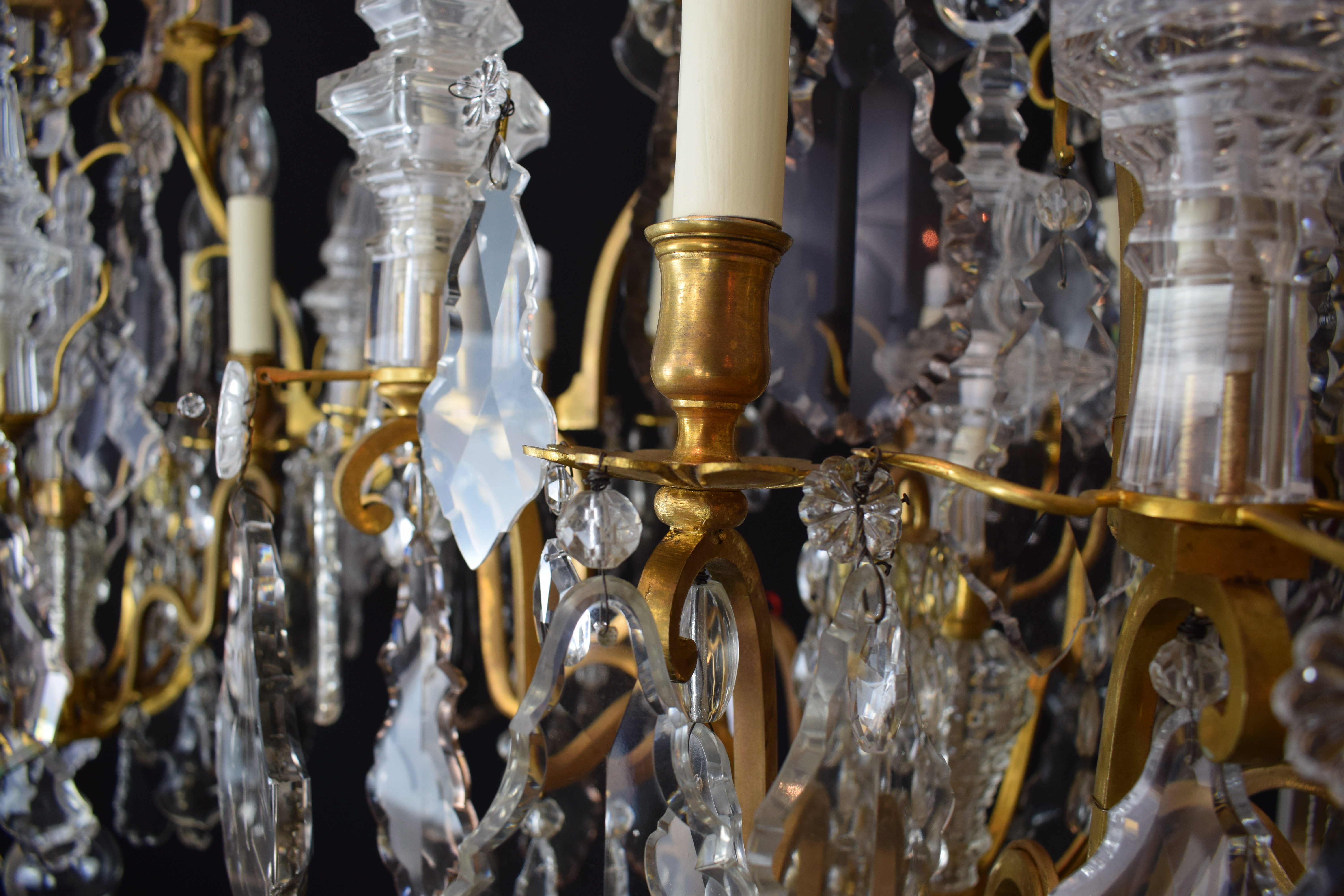 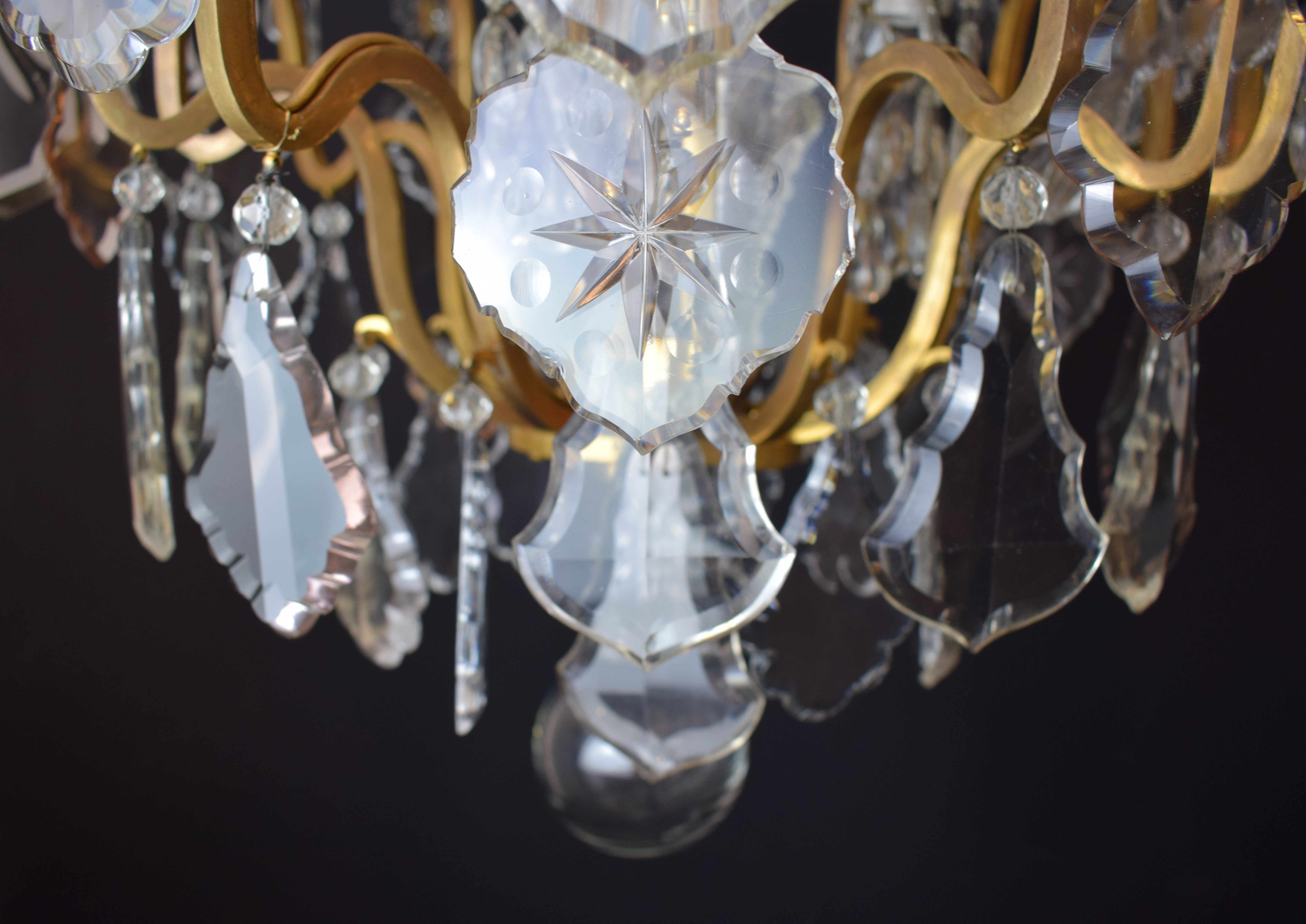